The Tale of an Unexpected Adventure at the Limestone Crevices

The one thing you shouldn’t do while visiting the limestone crevices near Amisk Lake in northeastern Saskatchewan is drop something down one of them. Especially if it’s your headlamp. 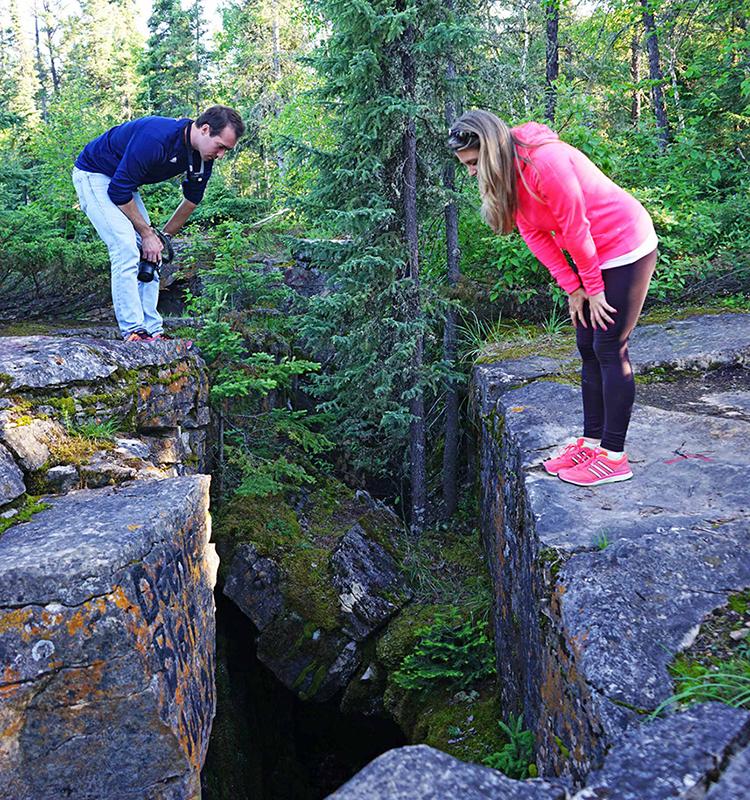 At the moment, I am perched around a fallen tree branch at the bottom of a 12-metre-deep gash in the Canadian Shield. After safely anchoring a rope around a boulder near the crevice, I carefully rappelled down to the bottom. Despite the fissure being completely vertical, I wasn’t going to let the fallen headlamp get away from me. 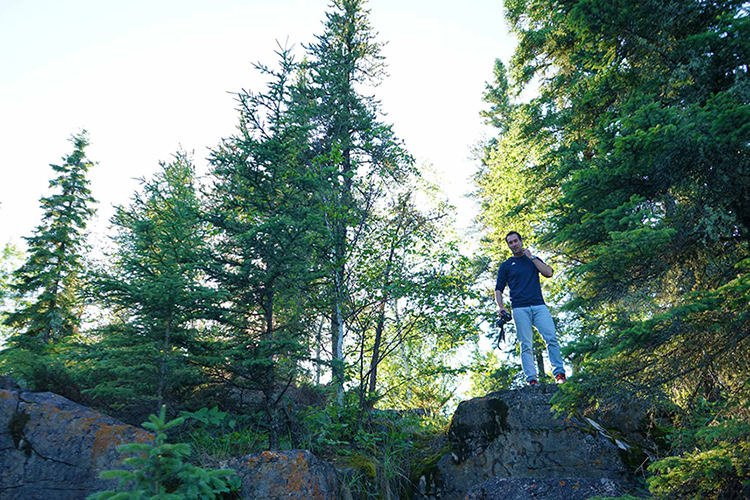 I gaze upwards at Andrew. A distinct dark outline peering down at me from the top of the chasm, my friend is asking if I am all right.

We’re only 10 kilometres south of Denare Beach off Highway 167 down a gravel road. The crevices are a mere thirty second walk from the small parking lot. But from where I’m standing, the claustrophobic passageway of stone makes me feel like I’m thousands of miles from civilization.

These natural crevices are vertical incisions in a deposit of 500-million-year-old rock. What was once an ancient sea covering the area is now a combination of coral reefs and lime mud compacted into limestone. Unable to escape the freeze-thaw cycle of a Saskatchewan winter, water has slowly expanded tiny cracks over time to form these impressive crevices. They’re shockingly perpendicular, yet the depths of each varies - some are only a metre or two deep. But of course, we’ve dropped the headlamp down one of the narrowest and deepest crevices. 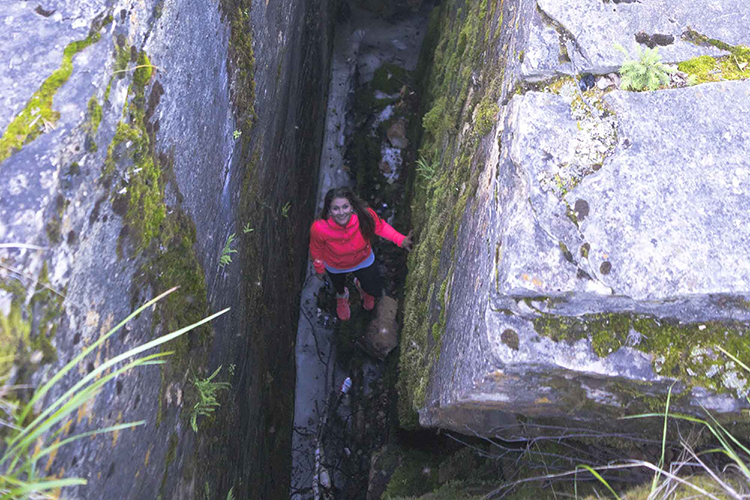 Despite it being the first of July, an uneven pile of snow crunches beneath my sneakers as I shift my weight around the tree branch. Although the sun’s powerful rays have little effect down here, thick, green moss has managed to attach itself along the natural shelves and projections of the limestone. Putting my hands on the rock walls to steady myself, my fingers entangle themselves in the surprisingly cool yet slimy plant.

I can see the glow of the headlamp shining at me. Reaching around the tree branch, I snag the band and sling the light around my neck.

I’m ready to climb back out but quickly realize rappelling down the crevice was the easy part. Climbing up the slick walls is not going to be as simple.

I search out a few natural hand holds jutting from the limestone. I need to ensure I have a secure grip before shifting my weight from my feet to my hands. Slowly, I start to scale my way up. Thankfully, the rope and my rock climbing skills allow me to reach the top safely despite the slippery situation. I haul myself up the final few feet and over the rock ledge - back to sunlight, flat ground and a relieved sigh from Andrew. 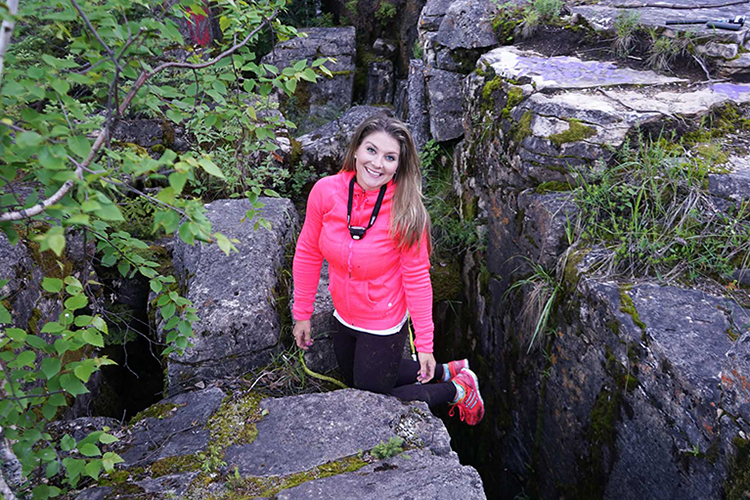 The limestone crevices of Amisk Lake are a perfect geological jungle gym. But as with any natural feature, this wild location deep in the Boreal forest of Saskatchewan is at your own risk. 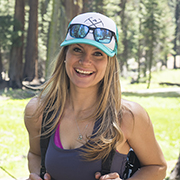 Ashlyn George lives for travel and outdoor adventures and manages to make it happen full-time by moonlighting as a digital media content creator and motivational speaker. She’s also a former Saskatchewanderer. A prairie girl to her roots, you can find her online at The Lost Girl's Guide to Finding the World.