Green is the colour, football is the game!

To many Saskatchewan residents and Rider fans, summer and fall are also known as “football season.” Throughout Canada, it’s widely accepted that the Saskatchewan Roughriders have the greatest, most dedicated fans in the Canadian Football League. They are affectionately known as Rider Nation.

Rider Pride is a phenomenon in Saskatchewan – one that can only be understood by witnessing and experiencing firsthand. Every game brings a sea of green and white to Mosaic Stadium in Regina. Whether you are a rookie attending your first game or a savvy watermelon helmet veteran, the experience of a Saskatchewan Roughrider home game is one you won’t soon forget.

Visit the Saskatchewan Roughriders website, riderville.com, for the game schedule and ticket information and plan your next trip to a Rider home game. While in Regina, stop in to the Rider Store and take home a game day memento.

Saskatchewan Roughriders and the Grey Cup

In 2022, the Grey Cup will be hosted in Regina, marking the fourth time the championship game will be held in the city, and the first time it will be played at the new Mosaic Stadium that opened in 2017. 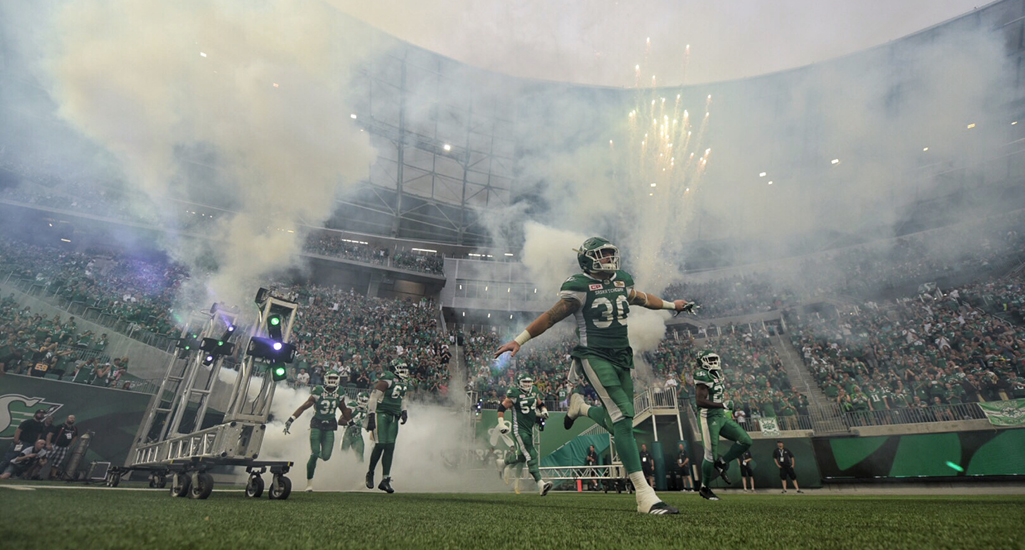