I remember my first time through Saskatchewan, on a bus bound for Swift Current, watching the fields flash by. That was about a dozen years ago now, and it seems like a totally different time, a totally different life. That kid was on the first eastern road swing of his Western Hockey League career, and Saskatchewan wasn’t much more than a pit stop: five rinks, five hotels, and not much else.

Looking back, the funny thing was how excited all my teammates were about their province. Kids from BC or Alberta were excited by their hometowns, the odd ski resort, and maybe a lake they spent a summer at. The boys from Saskatchewan were excited about everything: how what’s-his-name’s little brother once played puck in that town, or how such-and-such an NHLer grew up plowing that field and skating on that pond, or about the one time they snuck out on the dirt bikes to fish out the back of so-and-so’s property.

As the bus drifted across the countryside, you’d hear a constant murmur of stories about here. There is a whole lot of folklore in the “Land of the Living Skies”. For a lot of my life, that folklore was tied up in hockey, and for good reason: they don’t do it as well anywhere else. But by my second swing through, I realized the pride was tied up in so much more than just the game.

As Nathaniel and I recently screamed through the fields of southern Saskatchewan, he began pointing out places he remembered from growing up: visits to his Grandpa’s farm, the stories his Pops would tell about another time. He had a lot of those stories and places to point out. Even though he didn’t live for long in Saskatchewan, he stayed long enough to get a taste of what that meant.

On our week or so cruising through the southern reaches and small towns, we met lots of people. They all had things in common - this attitude, this friendliness, and an earnest interest in a couple outsiders – all of which was steeped in a sense of pride regarding home. Everyone had a favourite place to point out, and with every place came a favourite memory. We could sit down in a diner and sink into conversations about wherever we found ourselves, learning local secrets about where to eat, where to fish, where to crash.

All of it had this charm. Everyone you met either never left, or if they had, they figured out enough reasons to come back. Everyone holds the door. Helping someone with groceries isn’t questioned. You hear “sorry” even – especially - when it isn’t warranted. Most of the folks you see know each other, and most of them have a story or two about the other. It’s a simple place that loves it that way.

Saskatchewan always had something to it, something people talk about, something I never understood. Something that had old friends from Kindersley, Estevan, Tisdale, wherever, dreaming of nothing but a small slice of home. I thought about that as we slowly headed west. The longer you hang around, the more you see the sweat, the community, the dignity. From old women excited to share stories of a time past and not altogether different, to old men complaining with childhood friends about the rain or the Riders. Sons sowing the land of their fathers, and daughters dreaming about one day living up to their mothers. A whole lot of people who can see forever on the horizon and are happy that forever is here.

Many visitors to our country come to see the coasts or the big cities. If you’ve done that, you might've seen Canada, but until you've been to the middle, you'll probably never understand Canadiana; the grit, the patience, the courtesy, the pride. If you want to understand why people around the world smile when they see that red and white maple leaf, come to Saskatchewan. It’s a place where many folks choose to stay, because the grass - as they say - is never greener than it is here. 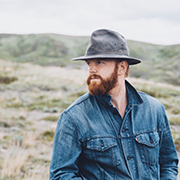 As a photographer his goal is to inspire people to challenge the status quo and live fulfilling, mutually beneficial and purposeful lives. Through his travels he intends to document the notion that there is no 'right' way to live and that progress is best seen within diverse populations who share information in such a way as to create a more holistic and empowered individual.