Published on Mar 24 2017
“You are tired with civilization, I come and offer you what? A single green leaf.” 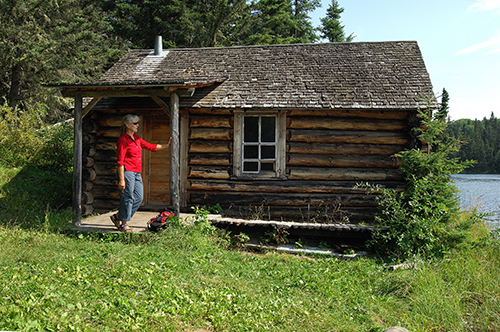 The words belong to Archibald Stansfeld Belaney, an Englishman who claimed to be the half-breed son of a Scotsman and an Apache wife. His identity as Grey Owl may have been fictitious, but his message about the need for conservation has never been truer. “Remember you belong to Nature, not it to you,” he told the world. 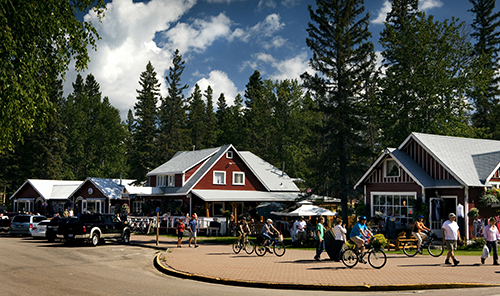 Grey Owl wrote three best-selling books while he lived on the shores of Ajawaan Lake in Prince Albert National Park. Pilgrims of the Wild was written in 1934. Sajo and Her Beaver People was written the following year. A year later, he completed Tales of an Empty Cabin. Reaching that cabin requires a 20-km hike each way. As Grey Owl described it, his home was far enough away to gain seclusion, yet within easy reach “if your heart is right.”

Since his celebrated books were penned, Grey Owl’s wilderness playground has grown up. Waskesiu, a lakeside resort in Prince Albert National Park, is now a beehive of activity in the summer months. A popular Stanley Thompson designed golf course was carved into the undulating terrain. Well-serviced campgrounds and resort accommodations now provide modern comforts to those who seek wilderness experiences without having to rough it. Still, nature remains at the heart of why people come here and the park’s reason for being has not been forgotten. 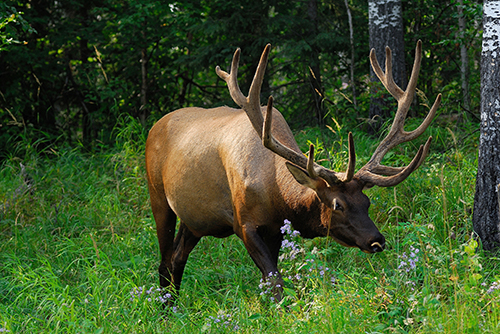 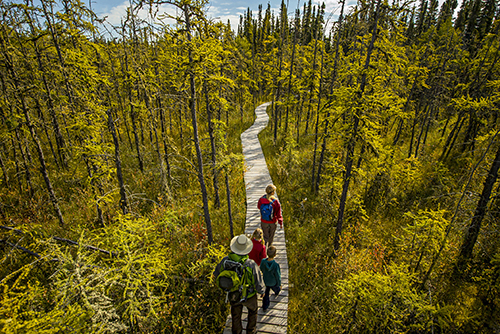 Protected Lavallee Lake is a sanctuary for the second largest white pelican colony in Canada. Across the park’s many lakes, loons can be heard calling out to each other. Look up and you might see a bald eagle perched on the top of a tall spruce tree watching over its world.

There are many reasons to visit Grey Owl’s wilderness playground. Some come here to pitch tents in the trees and roast marshmallows overtop a campfire while taking in the north’s brilliant night skies. Some come here to go horseback riding in search of bison and other wildlife. Others come to hike, bike, canoe, wakeboard, fish, golf, or swim. All make the journey to listen to the quiet of the forest, to breathe in the fresh northern air and to connect with friends and family while experiencing the park’s greatest gift -- nature left untouched for all of us to enjoy. 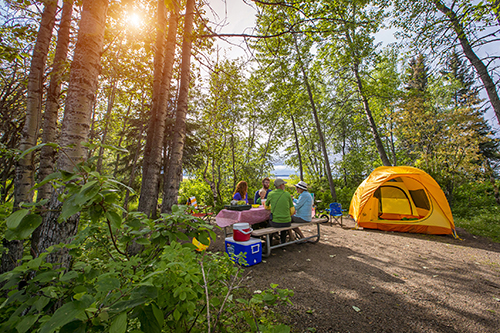 Prince Albert National Parks protects 3,875 sq. km of grasslands, aspen parkland, lakes and boreal forest. The vast park is located approximately an hour north of the city of Prince Albert and two and a half hours north of Saskatoon. For more information, click here.