Right now, you might be asking yourself, “What in the weird Canadiana is crokicurl?” Crokicurl takes two classic Canadian pastimes – crokinole and curling – and combines them into a popular new game that every Canadian can love. Think Crokinole supersized on ice with curling rocks – but you won’t be flicking your fingers for this version of the game!

Crokicurl was invented in Winnipeg, MB and had its world debut in 2016. Being Manitoba’s neighbourly prairie sibling, Saskatchewanians have embraced the newly created game of crokicurl as their own – no really, many of us believe we even invented it – don’t tell Manitoba.

From the beginning, Crokinole and curling were a match created out of pure fate. Crokinole is believed to have been invented in Ontario in 1876 as a five-year-old’s birthday present, and while curling originated in Scotland, Canadians have since put claim to the sport by leading the world in Olympic medals.

New places are adopting Crokicurl as a winter activity every year. We recommend contacting your nearby town, city or provincial park to find more information about your nearest Crokicurl rink. 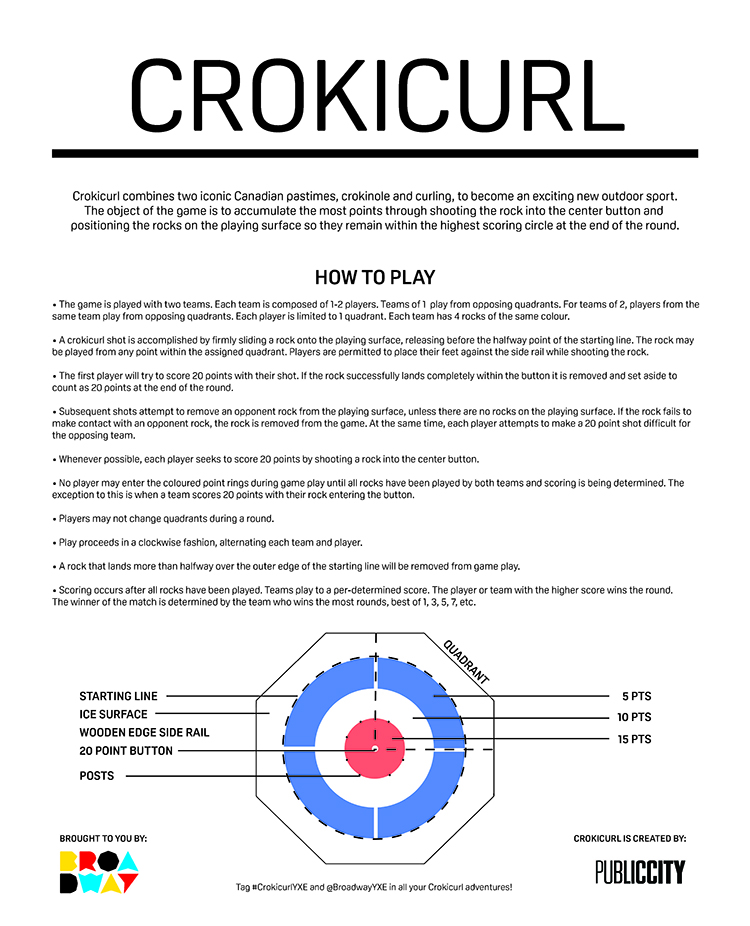